I don’t think I need to explain to anyone who’s reading this that movies can suck at adapting books. Sometimes the movie can add to a story like the first Bourne Identity movie. It can bring a world to life like it did in the Lord of the Rings. But other times, it can feel like it’s completely trashing the source material. (Watch out, Ella Enchanted. I’m coming for you.) As much as I want to bash some terrible Fantasy movies, it’s October, so I want to stick with the season. There are plenty of horror movies based on books to choose from.

So, when it comes to Horror movies, how do they stack up?

Don’t get me wrong, there are some terrible horror adaptations out there. I’ll be making a post about those later in the month. For now though, I’d like to focus on the positives and talk about the movies that were fantastic.

These are in no particular order, but hopefully they inspire you to check out some different movies.

I don’t think IT needs any introduction. It was one of the highest-grossing horror movies of last year and helped make people terrified of clowns. While taking on one of Stephen King’s most famous novels must have been daunting, the cast and crew pulled it off. The movie is tense and horrifying. There were times I found myself bracing against the seat as I watched it. While I found it more tense, than scary, that tension was amazing at pulling me through the movie. I know this might damage my book reviewer cred, but this might be one of the movies I liked more than the book.

IT is one of the big reasons that clowns are so terrifying to us nowadays and the film adaptation was fantastic.

Have people who are younger seen Jaws? I didn’t see it until I was in University and even then, was unsure about it. The film is masterful at building up tension in the same way as IT did, but without the aid of computers. It is a stunningly acted movie which many agree surpasses the book. Fun fact about the book, though? The author felt so bad about the sharks that were killed because of his book, he wished he never wrote it.

Basically Jaws did for Sharks what IT did for clowns. 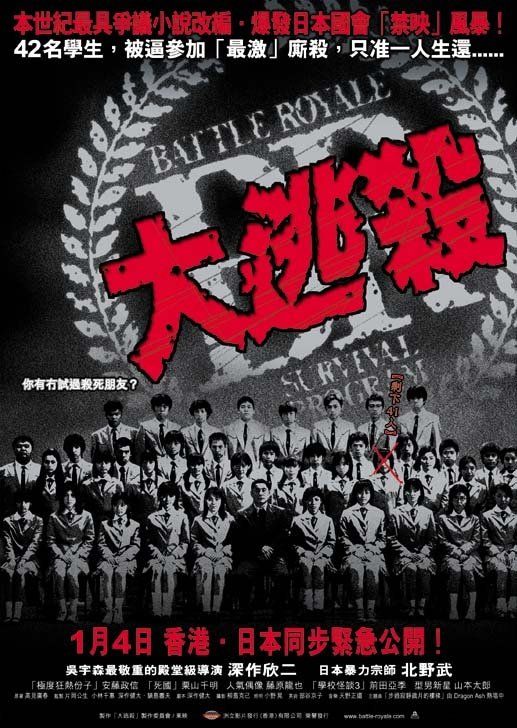 Before the Hunger Games forced teens to kill each other on an island, Battle Royale was number one. Written by Koushun Takami and published in 1999, Battle Royale was shocking and blew people’s minds. Literally. The premise of the book was that in a dystopian future, the government was so afraid of unruly children that it kept them in check by forcing a class to kill each other each year.

Only one person could make it out of Battle Royale alive each year and it was shocking how quickly friends turn on each other. The book is disorienting by design and can take a few tries to get into. I would recommend watching the movie first to see how you feel about it. It varies enough from the book that it’s not a full spoiler. 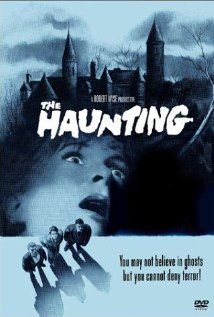 The Haunting of Hill House was a book that took me entirely by surprise. Eerily written, it is one of the best examples of an unreliable narrator that I can think of. Is it the narrator who’s losing her mind or is there actually something haunting the house? The movie from the 60s keeps this uncertainty at its core, working with the source material to create something deeply unsettling. 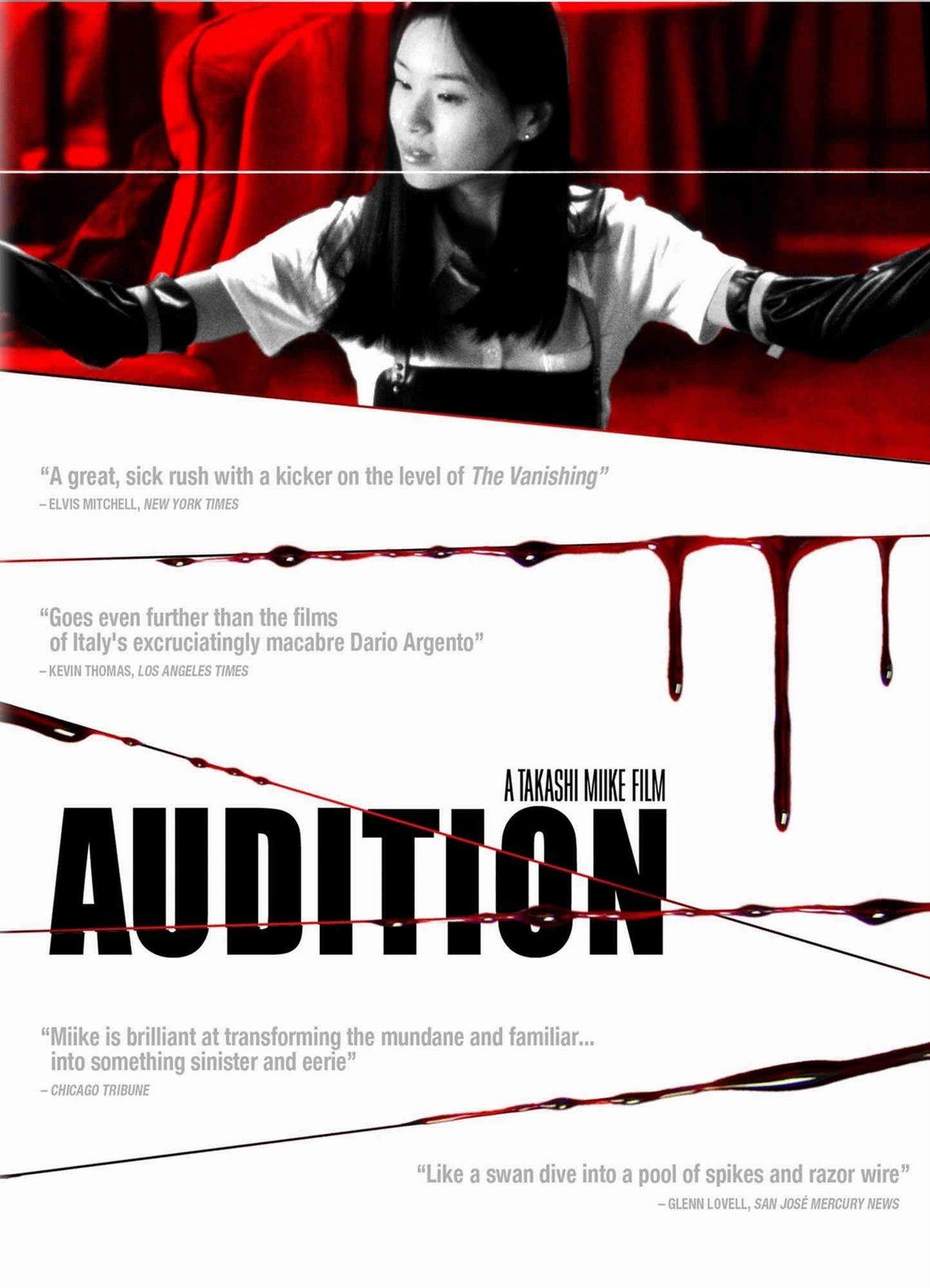 Okay, I’m not going to lie. Audition is horrifying. I read it once and watched it once. Never again. Never. Again. Like other movies on this list, it has the tension down pat, but it also goes into the grotesque. A man is looking for a wife and he holds an audition to see if the woman he’s chosen will be to his liking. He quickly finds that he’s got more than he bargained for.

Audition is a Japanese movie and like Battle Royale is an easier introduction to the source material. Even thinking about this movie has me tense all over, but I can’t deny that it’s masterfully done. 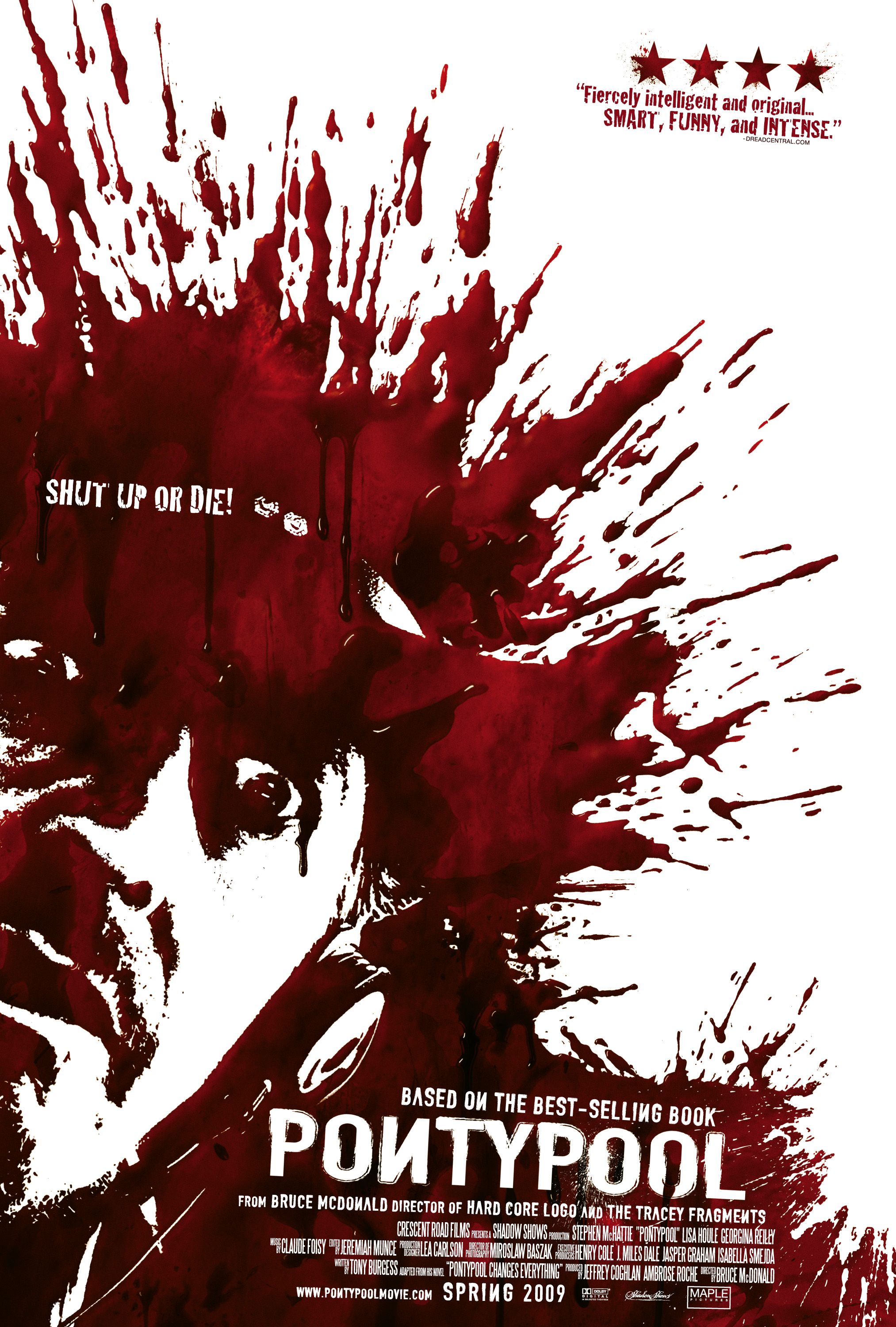 Pontypool is a strange favourite of mine. I recommend it to people all the time, but tend to keep my discussion of what the movie is about short. It’s one of those movies that spoils it the more that you know. The movie follows the life of Grant Mazzy, an AM radio personality with all the bluster we’ve come to expect of those types.

Isolated by a storm in a radio station, he starts to hear strange things coming from the outside. Despite being a low budget movie, it’s acted wonderfully and I love watching it. I’ve tried to read the short story it’s based on a couple times, but Pontypool is not a story to read lightly. Like many others on this list, try the movie first.

Did I miss anything? Are there horror movies that should be on here? Please let me know in the comments below.

2 thoughts on “The Top 6 Horror Movies Adapted from Books”